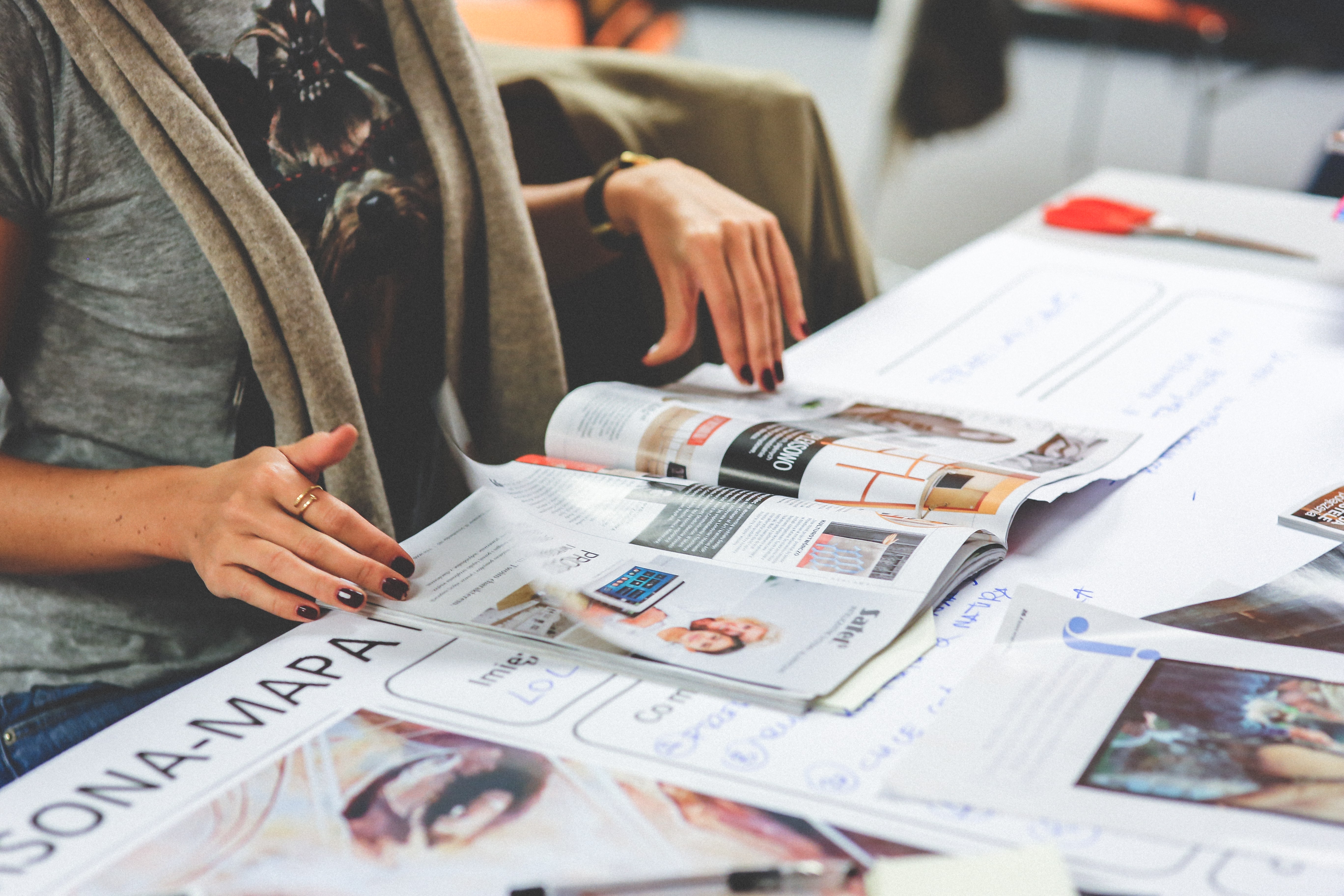 We live in the digital edge, so it’s no surprise that we’re increasingly consumed by technology and online media.

The same principle applies to the commercial world, where businesses have a tendency to become preoccupied with digital marketing techniques. In fact, more than one-third of firms believe that digital activities will account for more than 50% of their marketing spend by the year 2019, as the corresponding amount invested in traditional advertising continues to decline.

Print media represents one of the channels that has been eschewed by marketers in the digital age, but this approach does a disservice to the value of an integrated campaign when targeting specific demographics. In this post, we’ll look at how print media continues to offer a viable channel in the digital age, while also asking why it is proving so effective at targeting Millennials.

Millennials and the Web – Why Online Ads are Becoming Less Effective

Let’s start with a basic assertion: Millennials have now emerged as the largest and most influential consumer demographic in the digital age. In the U.S. alone, for example, the Millennial generation is 92 million strong, creating a vast market that is motivated to spend their disposable income.

With Millennials (or Generation Y as they are sometimes referred to) having been born between 1982 and 2000, it’s also fair to surmise that this demographic is coming of age. This year will see its youngest members turn 18, as they become adults and begin to accumulate wealth and earnings. As a result of this, the spending power of this group will start to peak over the next few years, creating a tantalising proposition for businesses across the globe.

Now, while it’s fair to say that Millennials represent the most tech-savvy consumers in generations, that statistics suggest that they are becoming increasingly sceptical of online advertising. In one North America study, it was revealed that 46% of 2,700 respondents confirmed that they use an online ad blocker on their desktop or laptop, while a further 31% applied one to their mobile devices. This suggests that Millennials are becoming unresponsive to intrusive online ages, particularly as the Web becomes saturated with sponsored messages and promotions.

Given this and the fact that Millennials are increasingly keen on curating their own content, it makes perfect sense that online advertising has become increasingly ineffective in recent times.

Why Millennials are More Responsive to Print Media

Without doubt, it’s the intrusive nature of online ads that are most off-putting to Millennials. In contrast, the diverse world of print media is both engaging and nonintrusive, as it allows customers to absorb messaging and interact with brands on their own terms.

On a more fundamental level, print media stands out in an increasingly digital world. This contrast between the corporeal and the virtual worlds helps materials such as brochures, posters and traditional advertising to command considerable attention in the modern age, while building trust and potentially driving higher rates of conversion online.

By advertising through a less cluttered media space, you can also reinforce the impact of your messaging and target your communications more effective. Remember, people are seven to ten times more likely to respond to targeted and relevant ads, so it’s important that your content resonates with your audience.

These points highlight the value of print media when targeting Millennials and similar demographics, so it’s definitely something that you should factor in to your 2018 marketing spend. Of course, the key is to invest in an integrated marketing strategy that leverages the power of both off and online channels, without becoming obsessive over digital media platforms.